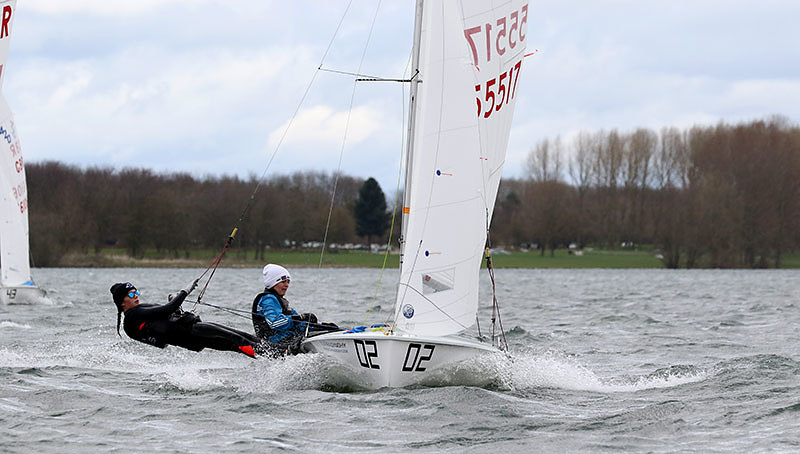 Izzy Davies and Gemma Keers opened up their 2017 campaign in the 420s by winning the Inland Championships in Rutland. Out of a fleet of 41 boats our Itchenor girls got 5 bullets and a third from the six race series. In winds of 20 knots plus it really was an awesome achievement.

Eleanor Keers also scooped up the under 17 prize and Katie Davies picked up the fourth overall prize. The roadshow for 420s now moves to Haying Island in two weeks for the Spring Championships.