On 8-11 August, Itchenor SC ran the inaugural Itchenor Intergalactics. The aim was to merge the best of Salcombe Merlin Week and the Nationals in one 4 day extravaganza!

Itchenor have been working hard with the RYA and the local Harbour Conservancy to ensure that sailing can be run safely as the lockdown started to lift. It was with great joy that the club were able to run the event, and as such the report starts with the thanks for the key people who have made it possible. All the flag officers have played their part in driving this forward, meeting regularly to appropriately manage the return to sailing, but the support of Commodore, Neil Hart, has given us the freedom to make the event a success. Also, to Ryan Breach who worked tirelessly to support Mike Wigmore in helping the dinghy sailing return as well as it has. Roger Yeoman was key behind the scenes to make sure that the event had the right people in the right places, as well as bringing his experience in running events enabling the right decisions to be made. And then to our race officer, Peter Taylor, and his wife Anne, who ran the most impressive race series we could have imagined given the current environment and the weather conditions we were presented with. Finally, to all those who gave up their time to be part of the support boat team. Itchenor runs with fully voluntary race and support crews which is one of the things which makes the club so personable.

In the sailing, 13 boats fought it out over the 9 race, 0 discard series. With previous and current national champions making up the line up there was little room for error.

This proved very difficult in races 1 & 2 which were "harbour tour" Salcombe style races.difficult for all except Stu Bithell & Tom Pygall and Ian Dobson & Lottie Fildes who were comfortably in the leading group in both races. There were multiple transitions as we sailed through the land breeze, in to the sea breeze and back again. Arthur Henderson & Livvy Bell were unlucky to be reeled back in by the group in race 1. In race 2, James Goss & Chris White also escaped with the leading pack in the Sunday race, which considering they were sailing with a fixed rudder showed how fast they must've been going as they couldn't quite make the same tidal relief as the others.

On Monday, we had a passage race out in to the bay which was won by the Saxton brothers, showing that even the heavy teams can hold their own downwind. Out in the bay we had a sunny, shifty force 2-3 dying off throughout the day. Simon Potts & Holly McArthur made the most of their renewed partnership winning two races on the trot and finishing the day with another podium. George & Sophie Yeoman were next most consistent with a 2-3-2 chasing Simon & Holly in the old Potts machine. Stu & Tom came back to their winning ways in the last race to take an overnight lead in to the last day with a challenging forecast.

The final Tuesday offered up a postponement as the teams waited to see if the sea breeze would appear, and at 1 o'clock a 6-7 knot south easterly appear and the fleet managed to get in 3 more races. The first 2 races were windward-leeward courses across the tide with teams having to make an early decision to which side to break away from the incoming tide. Christian Birrell & Sam Breary found their form with a comfortable bullet in race 7, and Stu & Tom took race 8, both being hunted down by Ian & Lottie who really had the bit between their teeth with two 2nds. The final race was a passage race back to the club line in a dying breeze and at the top mark Pete Ballentine & Rob Allen were leading, just, from Dobbo & Lottie, and they sailed away in to a huge lead. But at 5 boat lengths from the club line the wind shut down, and the tide started to turn. Local knowledge of the line bias came in to hand with Tim & Ben sniggling through to the lead followed by Christian & Sam and George & Soph, unfairly robbing Pete & Rob of their race win.

Stu thanked the Club on behalf of the sailors for putting on a socially distanced bar as well as food each night. Itchenor were happy hosts to the event, and many members commented on the high quality of racing in the Merlins, as well as their friendly, inclusive sailors.

Itchenor SC will be hosting the Silver Tiller Dinner in 2021, as well as looking to run the 2021 Itchenor Intergalactics. We look forward to welcoming you all again soon! 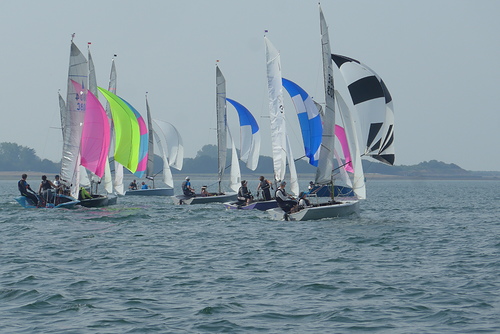 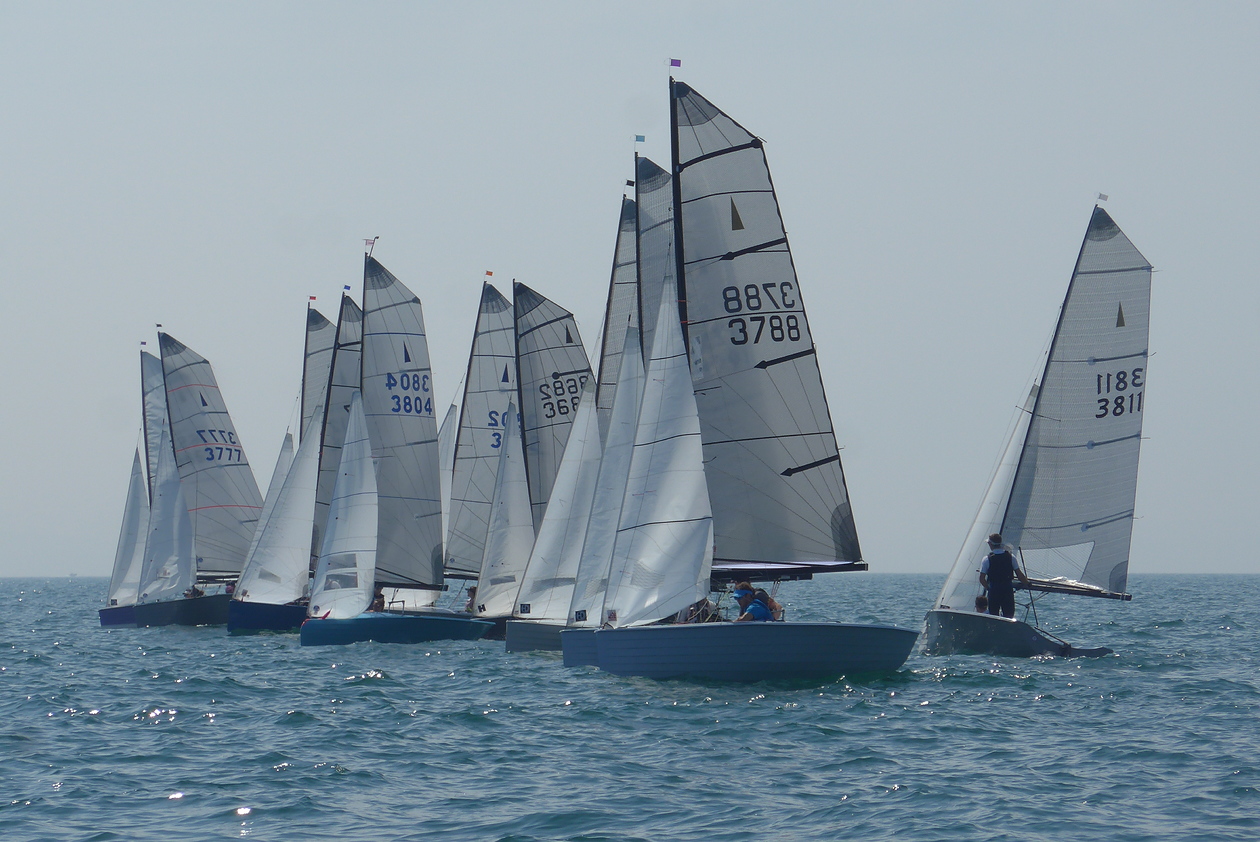 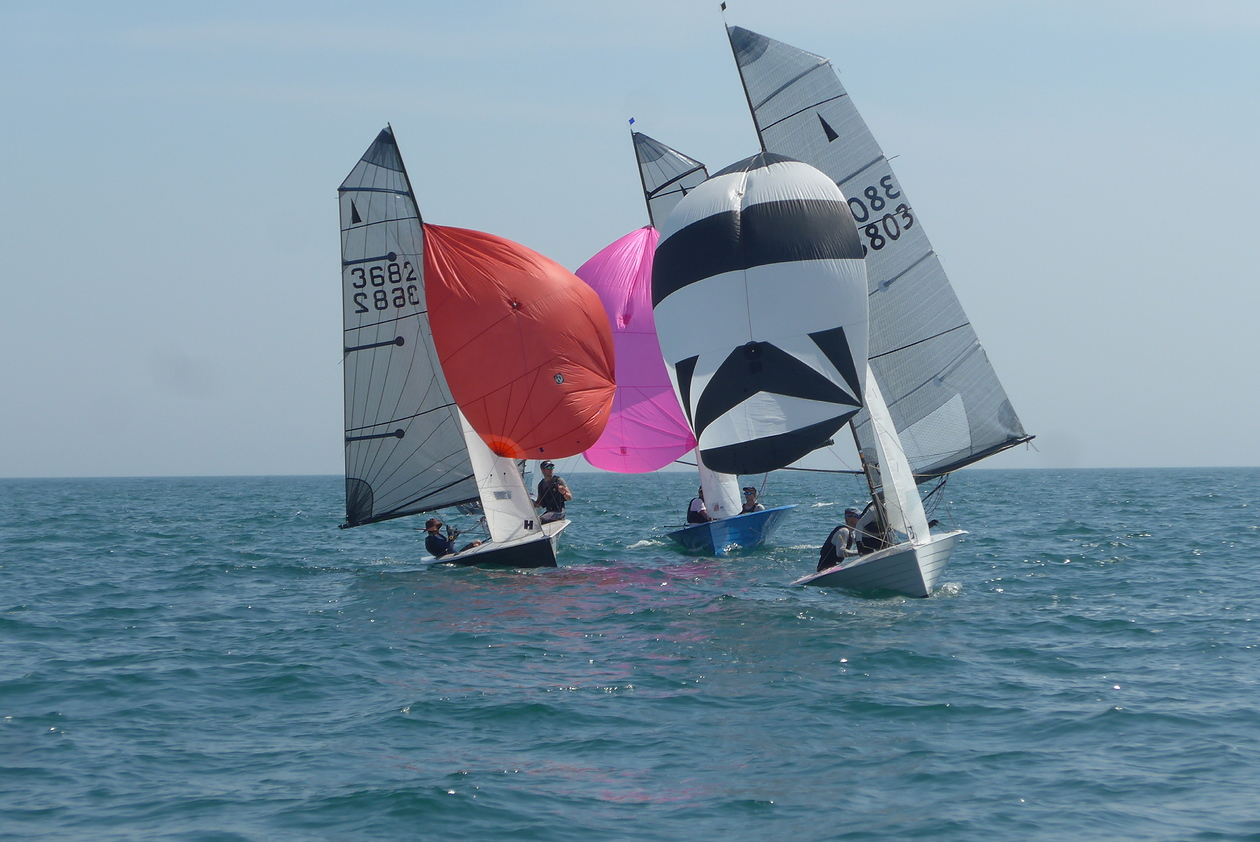 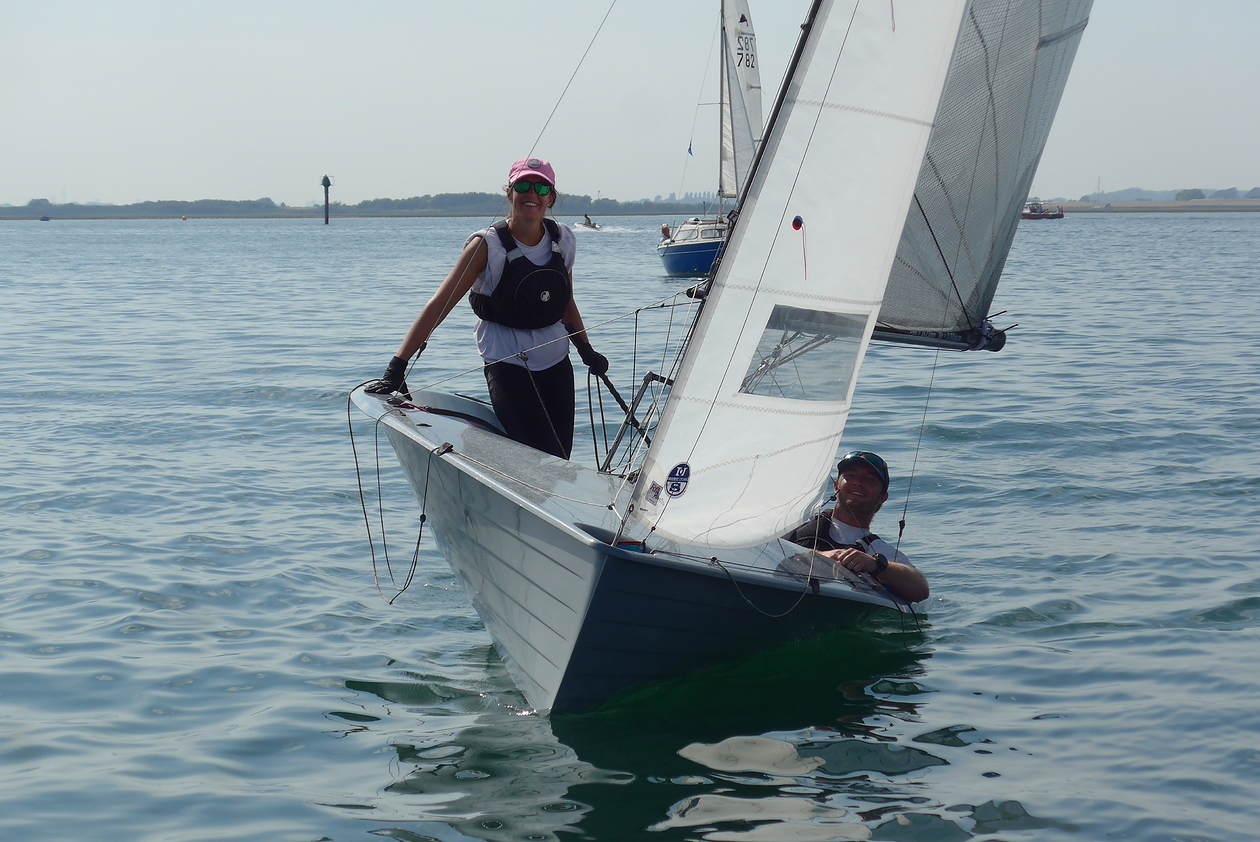