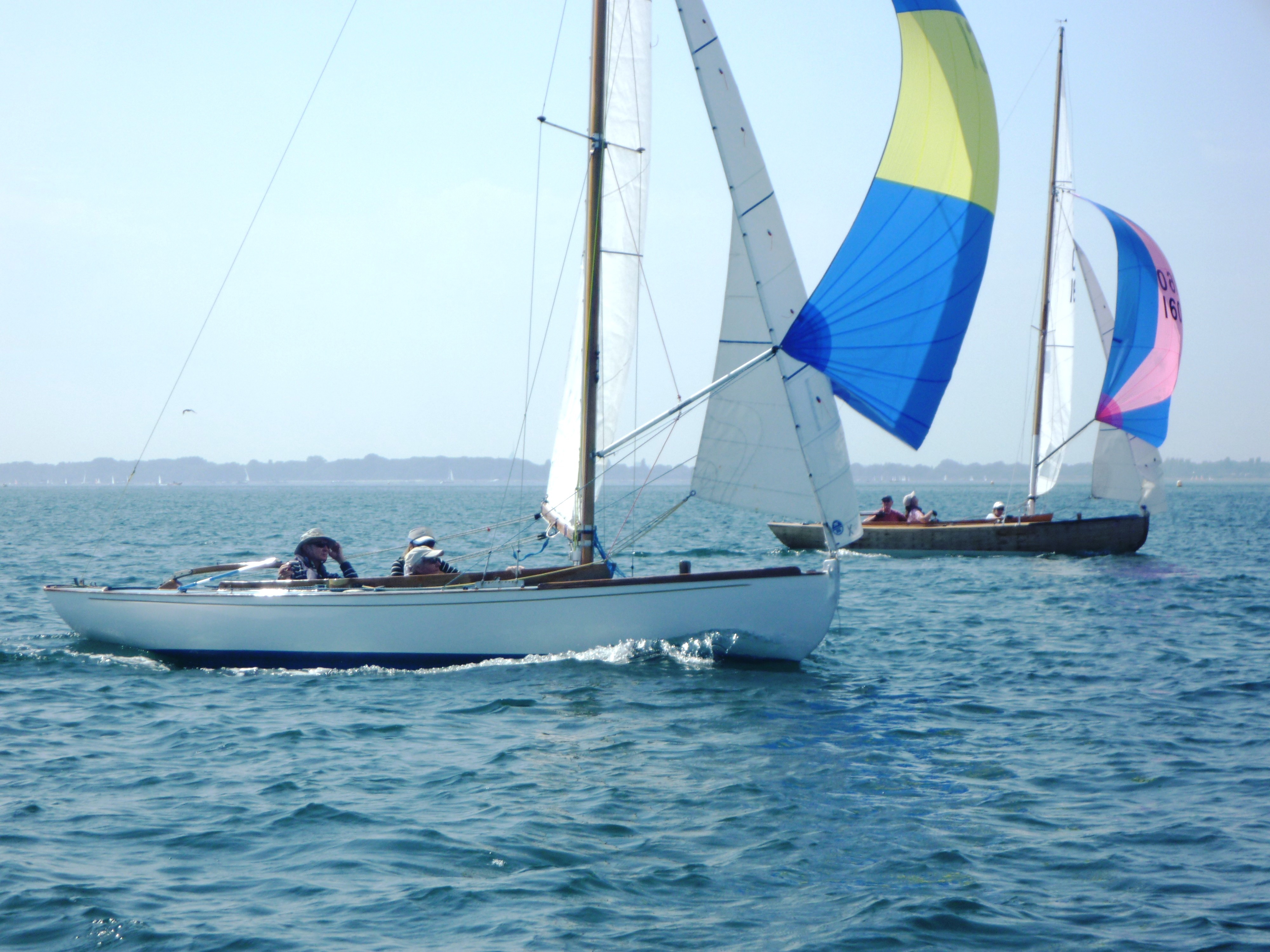 Chichester Harbour is one of the most beautiful and unspoilt areas of water in the country. This was the inspiration behind the Itchenor Sailing Club XOD class's recent four day series of relaxed races. Saturday as the first day and the fleet were set a course that included a mark Church that has never in living memory featured in a course from Itchenor. Church is positioned near the entrance to Northney Marina, way up the Emsworth Channel. Most of the boats reached the mark or somewhere near it. All deployed their anchors when the wind died. When a very light breeze reappeared, the race restarted and the pace setters were Alan Perry and Peter Robson in Falconet who lead the way back to the Club only to be pipped on the line by maestro John Tremlett helming Lass.

Sunday saw a further examination of the Harbour channels with a course set to include the far reaches of the Thorney and Bosham Channels. The intention was also to send the intrepid explorers up to the Fishbourne buoy beyond Dell Quay but the wind died so the race was curtailed. The winner was Penny Fulford sailing her impressive looking Madeleine. Penny is the most successful XOD lady helm of recent years at Cowes and recently joined Itchenor to test her undoubted skills against a larger and more competitive fleet.

To ring the changes on Monday the XODs raced out of the Harbour past its southerly extent into Hayling Bay. There they enjoyed perfect conditions for a further two races on classic windward/leeward courses. A fourth race home was started but once again, as in the previous days, the wind died. The winners of the three completed races were Catherine with Chris Froy, and Neil and Ros Hart aboard, Falconet and Madeleine.

To round off the four day series the race team decided to keep the crews within the wonderful confines of the Harbour and close to home as the wind forecast was unpromising. Two further races were completed in the short time there was enough wind to power an XOD over the Harbour tide. Madeleine was again victorious in the second race and may well have won the first but for having to take penalty turns for a port/starboard incident at the start and also for hitting the windward mark. However, Penny Fulford with her stalwart crew Nigel Buckley has made an impressive start at her new club and was the overall winner of this unusual series of fun races. For the record Falconet was second and David MacLean and Ras Turner's Lizz Wizz was third out of total of nineteen boats. And of course the sun shone throughout as it always does on the XOD fleet in Chichester Harbour!