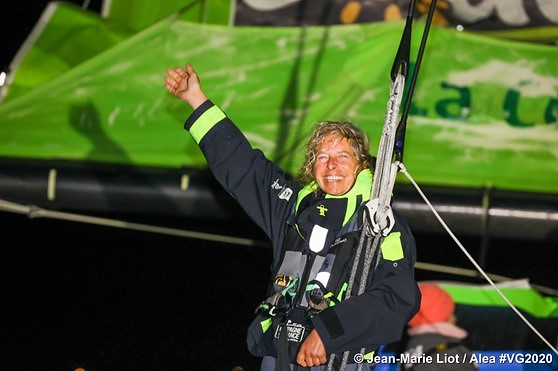 Crossing the line at Les Sables dOlonne at speed late yesterday evening, Miranda completed her solo race round the world in 101 days, 8 hours and 56 minutes. She joins fellow British women sailors Pip Hare, Dee Caffari, Sam Davies and Ellen MacArthur and becomes only the 9th woman ever to finish the Vendée. The British thus outnumber the French, though this will become a draw when Alexia Barrier finishes next week.

Mirandas priority was to sail a safe competent race, getting her Owen-Clarke designed Imoca safely home without mishap, important in a race which sometimes sees only half the starters reach the finishing line. This time remarkably only 8 boats are so far out of the race, including a spectacular sinking and successful rescue of Kevin Escoffier by Jean Le Cam. Her second goal was to beat the Vendée times that Dominique Wavre and Rich Wilson achieved with the same boat when it was much newer. In the end she beat just one.

Miranda began her sailing career aged 8, crewing Oakville, Ontario evening races for me. Exploiting a gaping loophole to allow me to sail an International 14 single-handed in light airs, I quickly found that he was training a competent crew. In 1979 she celebrated her 10th birthday on arrival at Itchenor having sailed the familys 39 Canada Cup boat Manitou from New York.

Sailing experience multiplied, moving through our dear Junior Fortnight, a lot of dinghy racing including laser racing at Club Nautico de San Juan in Puerto Rico where Sue and I were based at the time. Miranda was captain of Sailing at Kings School Canterbury before earning a Sailing Blue at Cambridge (not to mention a degree in Modern Languages and Japanese). She was one of the first women to join the Oxford and Cambridge Sailing Society.

While in Japan, Miranda and I won the Nippon Cup in the 14 that Jeremy Pudney had persuaded me to buy off Tom Trevelyan. This was obviously a fast boat because Jonathan Pudney achieved the same result in her the following year!

Mirandas growing interest in ocean racing was given a boost when she was transferred by J Walter Thompson to Sydney. When she was moved to Paris, she resolved to take a couple of seasons out of her successful advertising career to do some serious sailing. Her big break came with selection in 1997 by Tracy Edwards for the all-girls crew of the catamaran Royal and Sun Alliance for an attempt on the Jules Verne record. Numerous successes have followed single handed, crewed or with her partner and fellow ocean racer Halvard Mabire.

When Miranda told Halvard that she would like to attempt the Class 40 record for solo circumnavigation he suggested that for not a lot more they could perhaps mount a Vendée Globe entry. With the unstinting support of their 10-year sponsor who recognized the value for the Campagne de France name. Some further help came from Départment de la Manche and Normandie-Caen, hence the heraldic lions. Being based in Normandy and most of the big races beginning in the early November, Miranda chose the poppy as the principal design element in her boats livery.

The campaign was run entirely by Miranda and Halvard on a minimal budget with generous help from a tiny group of enthusiastic supporting friends. The entire support team could clamber out of a single RIB to help bring the boat to a mooring after the finish! There was not enough money in the budget for the eye-watering cost of insurance for the race, hence Mirandas prudent style of sailing!

The couples meticulous preparation and attention to detail ensured that no insurmountable problems arose. Furthermore, the boat returned after 27,000 miles and 101 days at sea looking really smart and in as good condition as when it left on 8th November last year. 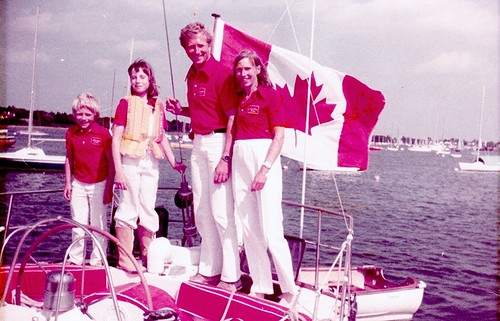 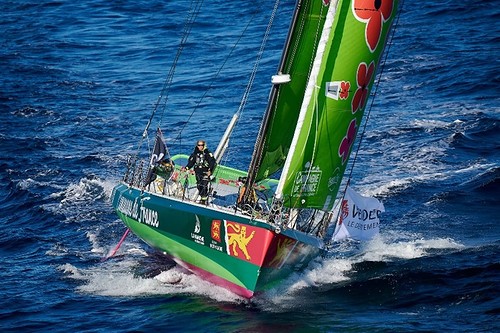