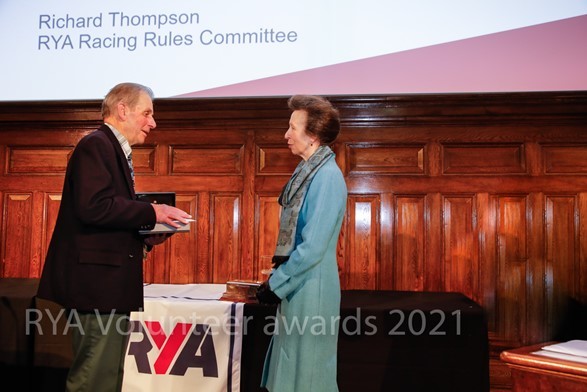 One of our own has been recognised by the RYA for his outstanding commitment and services to boating at a national level. The citation for his award is below, and as sailors and members we offer our thanks to Richard for his hard work for our benefit, and congratulations for this well-deserved award.

Responsible for organising the National Team Racing Championships for many years for the Prince Philip Trophy, and chaired both the Team Racing Working Party (since 2009) and the Racing Rules Working Party (since 2013) of World Sailing, stepping down only this year. He has also supported and shown exceptional commitment to team racing, volunteering at many school, university and club team racing events as an umpire.

Richard has attended nearly 200 RYA committee meetings in London, always demonstrating diligence and attention to detail. His contribution has had a significant impact on the sport of sailing, both nationally and internationally.