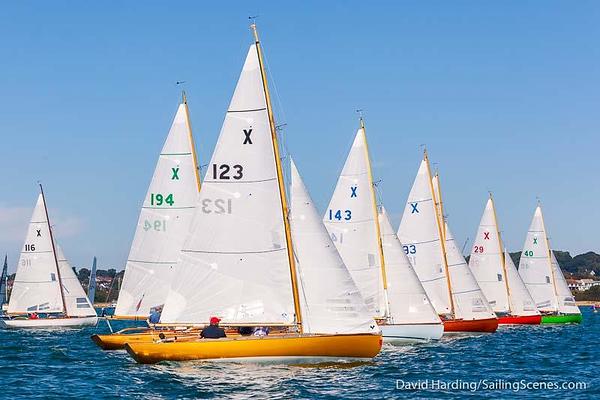 As September 2021 marks the 100th Anniversary of the formation of the X One Design Class Association (XODCA) we can start thinking ahead with the roadmap to recognise that centenary. The XODCA is one of the longest established and longest running class associations in the UK. 10 years after the first boat that we now know as the XOD was built members of the Royal Motor Yacht Club held a meeting to form a Class Association.

Establishing the XODCA had an important outcome for the development of the class as the result was that the boats which then formed the fleet were no longer tied to one Yacht Club. The class could write their own rules independent of their host club and ultimately be adopted by other sailing clubs. This led to nearly 200 boats being built (with three currently under construction) which are now sailed at 6 "Divisions" around the Solent. The formation of the XODCA laid the foundations for the development of National sailing classes with their own management as we see throughout so much of sailing today. Yet in the process none of the founding members' desire for the class to be a one-design was lost, an important element of the founders' thinking.

Ideally, we would be celebrating such an auspicious anniversary together ashore. But given current circumstances we are going to do what we do best - Go Racing our wonderful boats!

So, on that theme of going racing, we have planned a Travellers Series around the Divisions; this will be called the "Golden Tiller". The name recognises the success of another very successful Travellers series. Each Division will be hosting at least one event. We also have in the programme what have been historically our two largest events, Cowes Classics Week and Cowes Week.

There is something to suit everyone ranging from the protected but tricky waters of Chichester and Poole Harbours though to the tactical complexities of the Hill Head plateau and Bramble Bank. And as if that is not enough we can take you to the wide open expanse of the Western Solent. With a busy few weeks and weekends in July anyone could make off with the trophy. Each boat's best four results (low points scoring) will count.

Looking ahead 2022 will mark in turn the 100th Anniversary of the XOD racing as a class at Cowes Week - further information to follow. In the meantime XOD sailors can mark their diaries and look forward to taking part in the Golden Tiller to celebrate 100 years of the Class Association.