Home / News / 7 May 2015: Classic keel boats out in force at Itchenor Sailing Club

Home / News / 7 May 2015: Classic keel boats out in force at Itchenor Sailing Club

7 May 2015: Classic keel boats out in force at Itchenor Sailing Club 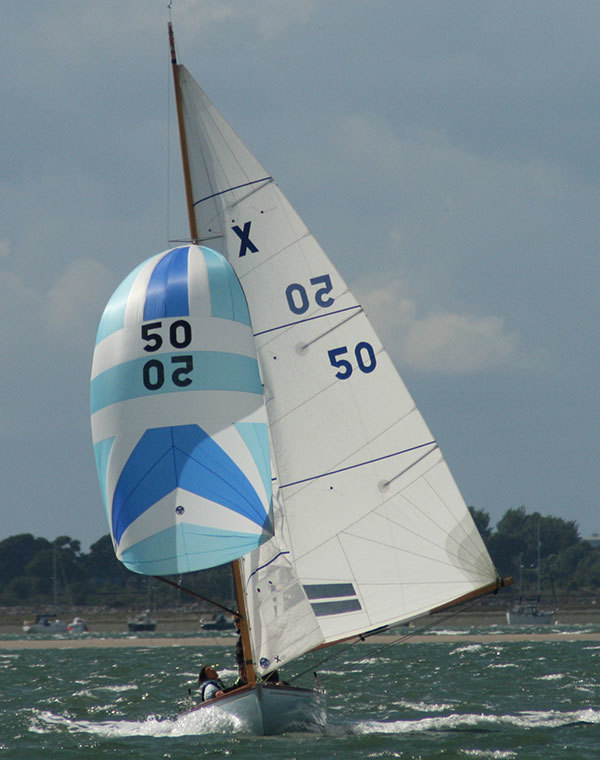 In distinctly unseasonal conditions over 50 classic keel boats from Itchenor Sailing Club demonstrated their resilience to cool temperatures, big winds and heavy rain to enjoy tough and exciting racing over the bank holiday weekend -­ the biggest fleets the club has seen so far this year.

From the outset last year's form boats were out in front in the 19 strong Swallow fleet as they battled for the prestigious Royal Yacht Club de Belgique Trophy. Skua, helmed for the day by Will Rainey, dominated Saturday's races with two wins. Gwaihir (Mike Wigmore) was somewhat unusually doing the chasing with Marengo (Carolyn Brigg) being the best of the rest. These three boats finished in the same order in both races Marengo elevating herself from oblivion in the second race with some deft tidal tactics to avoid the strong ebb tide.

The fleet enjoyed a fine Belgian-­themed meal at the Club on Saturday evening.

The overnight rain cleared in time for Sunday morning although there was still the possibility of strong winds which didn't materialise until the afternoon. Bluff (Hugo Fisher) was forced to take a penalty for an infringement on the start line of race 3 and, starting last and somewhat in desperation, went on the 'wrong' side of the channel but in clear wind to emerge with a 100 metre lead at the first windward mark, never to be caught, although the two elite boats, Skua helmed by Harry Roome this time -­ and Gwaihir were closing and also engaging in some entertaining match-­racing whilst doing so. Skua had managed to keep Gwaihir at bay until the final mark when Gwaihir seized an opportunity and managed to finish just inches ahead. However this was not enough to prevent Skua from winning the trophy with a race to spare.

So to the final race of the best three of four to count Trophy. The wind was up to Force 6 and the sun finally made a fleeting appearance. Once again Skua and Gwaihir were ahead at the first windward mark with Gwaihir maintaining a slender lead down the exciting run, throughout the next lap and all the way to the last mark. Skua's gybe went awry and they broached so Gwaihir was able to lead to the finish. Marengo having yet again taken a different downwind route to the rest of the fleet was rewarded with yet another 3rd place their fourth of the weekend.

The Belgian Plate was appropriately presented by Belgian-­born Martine Lunch whose husband Anthony had co-­helmed Solitude to a respectable mid-­fleet position.

The Swallow Class host a guest day on Sunday 10 May when all those who might like to share the Swallow experience as a helm or crew are most welcome.

The XOD fleet, also numbering 19 competed, for the Felix Bowl over the weekend. Roger Yeoman and Michael Moss showed great promise for the season ahead with five straight wins in their newly acquired Xcitation. It might well have been six in a row if gear failure had not prevented them competing in Saturday's first race. The competition for second place was close with Falconet (Alan Perry, Ron Parker, Jim Dunn and Peter Lawrence) finishing on the same points as David Palmer's Princess Jalina. Palmer was lying comfortably in 2nd place in Monday's race which would have secured the overall number two slot until he encountered the mud!

Not to be outdone the Sunbeams were out in force with 15 boats racing over the weekend. The courses for this fleet presented a number of navigational challenges with a falling tide on Saturday afternoon particularly. Roger Wickens emerged the winner on both Saturday and Monday followed by one of the new GRP boats -­ Molly (Richard Stephens and Tina Webster) on Saturday and Gayle Palmer's veteran Little Lady on Monday.

To complement the large keel boat fleets, Itchenor's dinghies emerged in numbers to enjoy the varied weather conditions. The RS800's resurgence continued with eight boats out. Matthew and Adrian Woods won this fleet. The 420s competed on back to back racing on all three days with a number of new faces starting out as new pairings met up and new friendships were developed on and off the water. Junior members in Mirrors and Toppers could be seen revelling in the somewhat calmer and sunnier conditions on Monday.