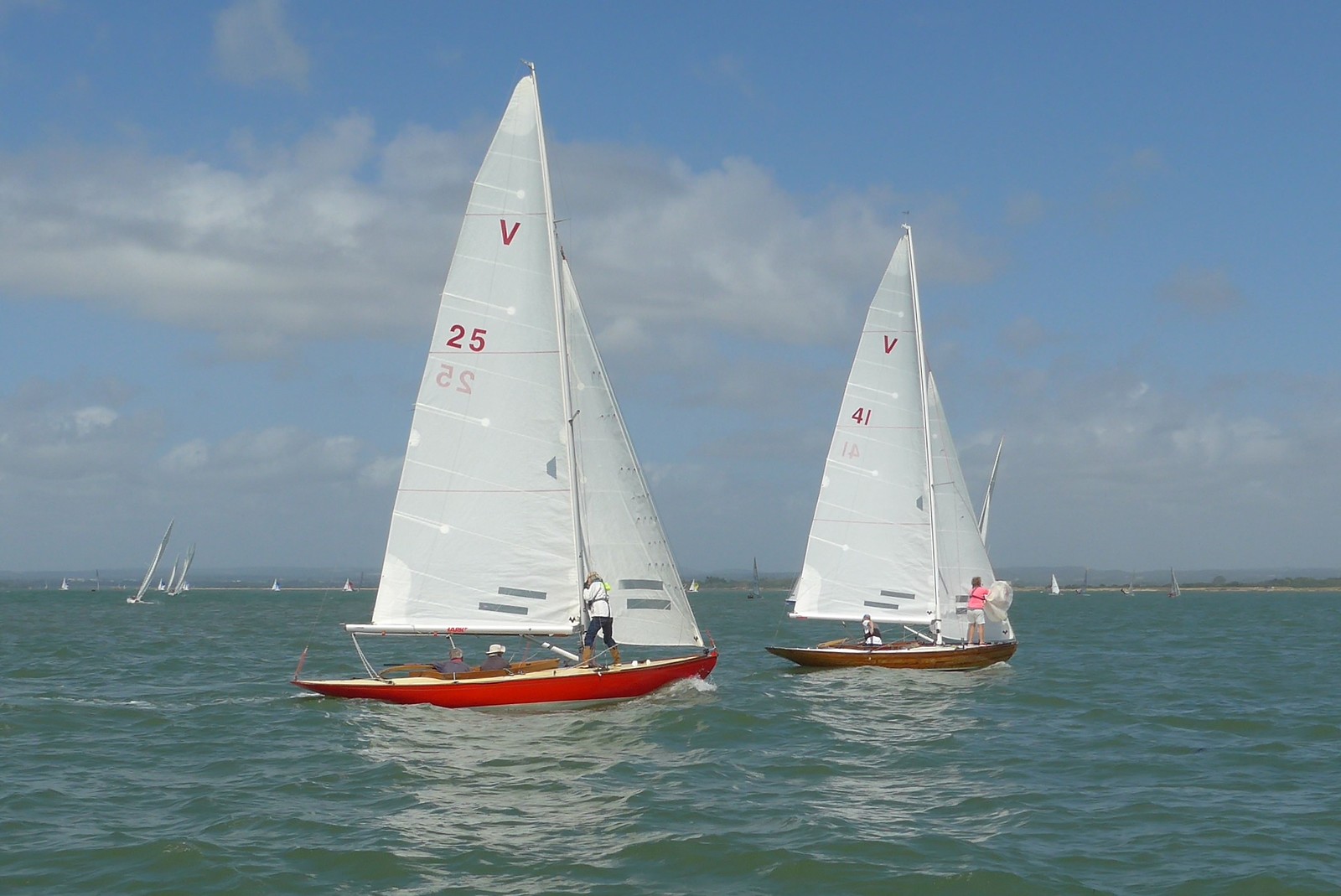 After the preceding weeks of light winds and baking temperatures the keelboat sailors of Itchenor Sailing Club welcomed the stronger winds of last week. In fact their prayers for wind were somewhat too effective as two days were lost to the excesses of Storm Ellen. Fifty classic keelboats took part in Itchenor's mid August race week. The Swallows kicked off on Monday with a couple of races. First blood went to Andy Fitzgerald, who with his crew Robert Hayes, brought his considerable knowledge of Chichester Harbour to bear when he sailed Jon Perry's Swift to first place ahead of Malcolm Green's Archon. The increased wind for race two brought to the fore Swallow titans Mike Wigmore helming Gwaihir and the Roomes, Harry and Prue in Skua.

Tuesday looked distinctly unpromising as the committee vessel left the Club with navigation lights glowing brightly in the gloom. However, in time for the start things were much brighter and it was Skuas's turn to make the pace on a long windward leg to the Harbour entrance and return to record an impressive win ahead of Gwaihir. The Sunbeam class made their first appearance of the week. They also enjoyed two beats to Treloar buoy and the challenges of a flood tide over the Winner bank and the conundrum of whether to take the lesser tide but bigger waves on the bank or flatter water and stronger tide in deeper water. The latter appeared favourite as Joe and Cathy Burnie in Fluery popped out ahead of the fleet at the windward mark. Sunbeam maestro Roger Wickens in Danny could not make inroads into Fluery's lead until the final legs but still had to settle for second place.

Wednesday's winds were far too strong so racing was postponed until Thursday. In fact the Friday forecast was if anything worse so a decision was made to bring Friday's races forward to Thursday. This delayed the entrance of the XOD fleet into the regatta and meant that they decided to squeeze a three day series into one day. The Swallows were first off on the first of two races to complete their series. Enjoying the windward/leeward course to East Head and back the early pace was made by Andrew Reid steering Solitude. However there were two of the big guns on her tail and Solitude had to give best to Osprey in the hands of Jeremy Sibthorp and the consistent Skua. The XOD fleet had a similar course and the beat against a strong flood tide brought out the best in the sailors. This was classic snakes and ladders sailing. Pick the correct side left - and you were on a ladder as those who chose right found out. Also if a wind shift was missed a slide down a snake. Roger Yeoman in Xcitation proved a master in these conditions despite being chased all the way by Penny Fulford's Madeleine. As the Swallows and XODs were completing their first races the Sunbeams, bright eyed and bushy tailed, arrived for their single race of the day. The race team decided that a race to a distant mark in the Southern reaches of the Harbour would be a good idea despite the presence of a large, rather boisterous fleet of fast dinghies from Hayling Island. And so the three fleets battled it out in wonderful, sunny conditions with a perfect breeze. The waves kicked up by the previous day's strong winds made for exciting surfing under spinnaker. In the Swallow fleet with all to play for amongst the leaders it was Gwaihir that prevailed, ahead of Osprey and Skua in the race. However, in the five race series Skua took top honours, followed by Gwaihir and Osprey. In the XODs the finishing order matched the first race as Xcitation and Madeleine did the best job of yachting slalom around the other fleets amassing in the lower reaches of the Harbour. Damian Ash sailed Wenda into a second consecutive third place. The Sunbeams had a similar course to join the throngs of sailors between East Head and Sandy Point. This time it was Danny who came out in the front followed by Fluery. Tim Hill's Query showed for a while and finished fourth behind Peter Goddard and Sue Smith who scored a well deserved third in Maisy.

And so to wrap up, the XODs even after four hours of racing set off for their third and final race that was a beat with the tide to East Head and a scramble home with the wind behind. Roger Yeoman's Xcitation had a minor altercation with a support boat at the start and found it difficult to recover. So it was Madeleine who took line honours and the series. 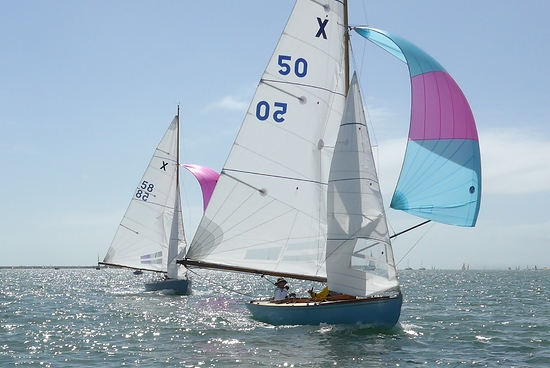 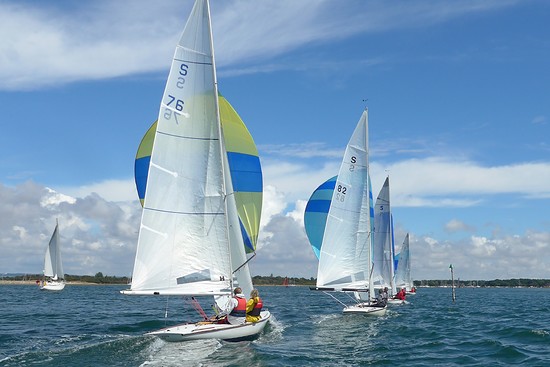